Home To The Best Beach In The World

Turks and Caicos, Home to the Best Beach in the World

Visit Turks and Caicos, Home to the Best Beach in the World, breathtaking hues from inviting waters, and legendary diving, snorkeling and fishing. World class Turks and Caicos Luxury Hotels, Spas, and Restaurants await, as do the famous stretches of uncrowded beaches and vibrant coral reefs. On land or below the water, you’ll relax in the unique serenity, hospitality and beauty of the islands.

The Turks and Caicos Islands offer plenty of opportunities for having fun. Experience spectacular beaches, crowned by the award-winning seven mile long Grace Bay Beach on Providenciales, whilst enjoying a vast range of water sports from Suba Diving to Jet Skiing. 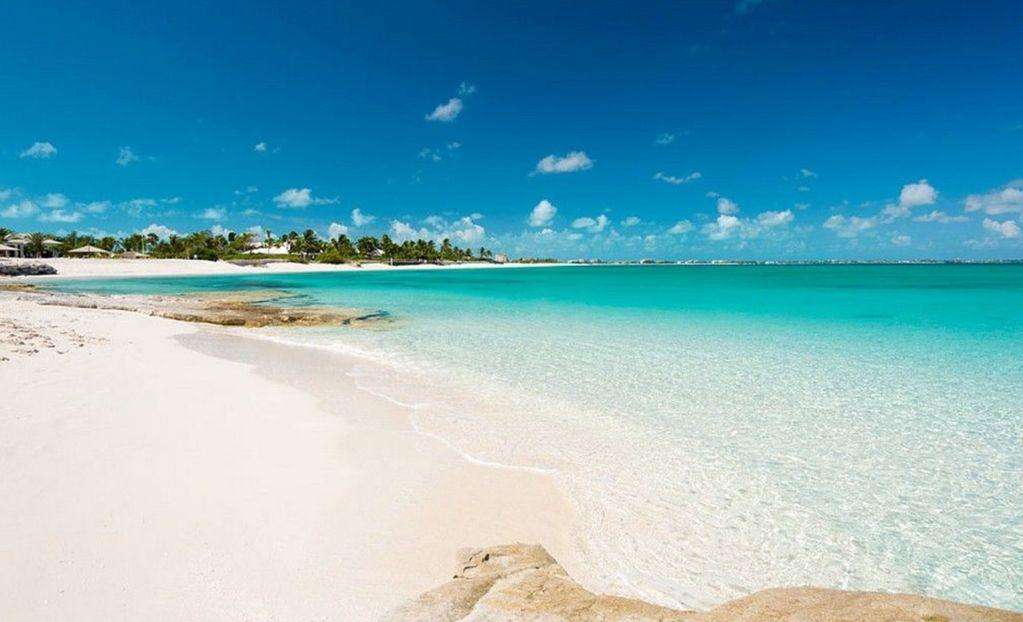 Top Things To Do

The diving and snorkelling in the Turks and Caicos is exquisite. The islands sit on an underwater plateau that rises more than 11,000 feet (3365 meters) above the surrounding ocean floor, and the edges of this shelf are lined by miles and miles of unspoiled barrier reef. There’s numerous wall diving sites and sheltered inshore reefs, teeming with sea life to explore.

For those who haven’t yet discovered SCUBA diving, the many experienced local dive operators will get you through a PADI-certified course and in the ocean with little stress. 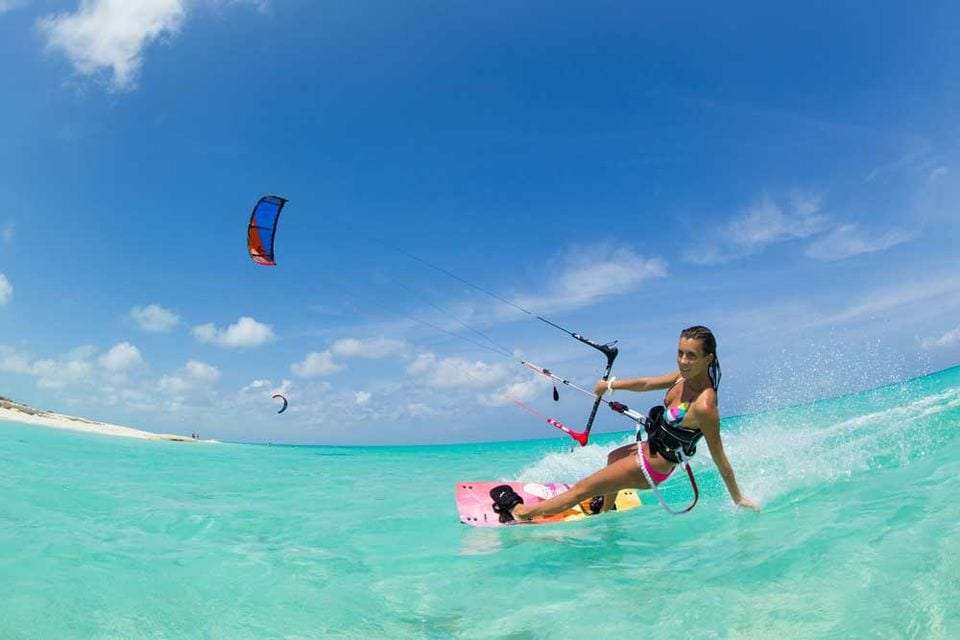 If you’re lucky enough to be hitting the Turks and Caicos during the high-season months between January and April each year, when the weather sits in the cool mid-20s and the trade breezes bring soothing winds off the Atlantic, then be sure to make a beeline for the southern island of Salt Cay.

Here, visitors can either charter their own whale-spotting boat or stand on the rugged, salt-sprayed cliffs and look out to the Turks Head passage that connects the western Caribbean to the waters around Hispaniola, spotting pods of majestic humpback whales as they drift southward to give birth in the warm waters of Silver Banks.

Expect an awesome display of splashing tails and fins, not to mention beautiful views of the southern cays!

There are more picture-perfect beaches and cotton-white sands on the Turks and Caicos than you can shake a chilli-doused creole prawn kebab at, but when it comes to this shimmering stretch on the island of Providenciales, there’s something extra special to mention.

Curving its way around the undulating sand banks of the northern shore, it’s everything you could possibly want from a Caribbean beachfront: The water is a distinct mineral blue, punctuated with the occasional bobbing outline of a whitewashed boat, and the powder is scintillating white.

Grace Bay is also home to most of the island’s luxury resorts, meaning bars and restaurants, private villas and luxury suites are never too far away! 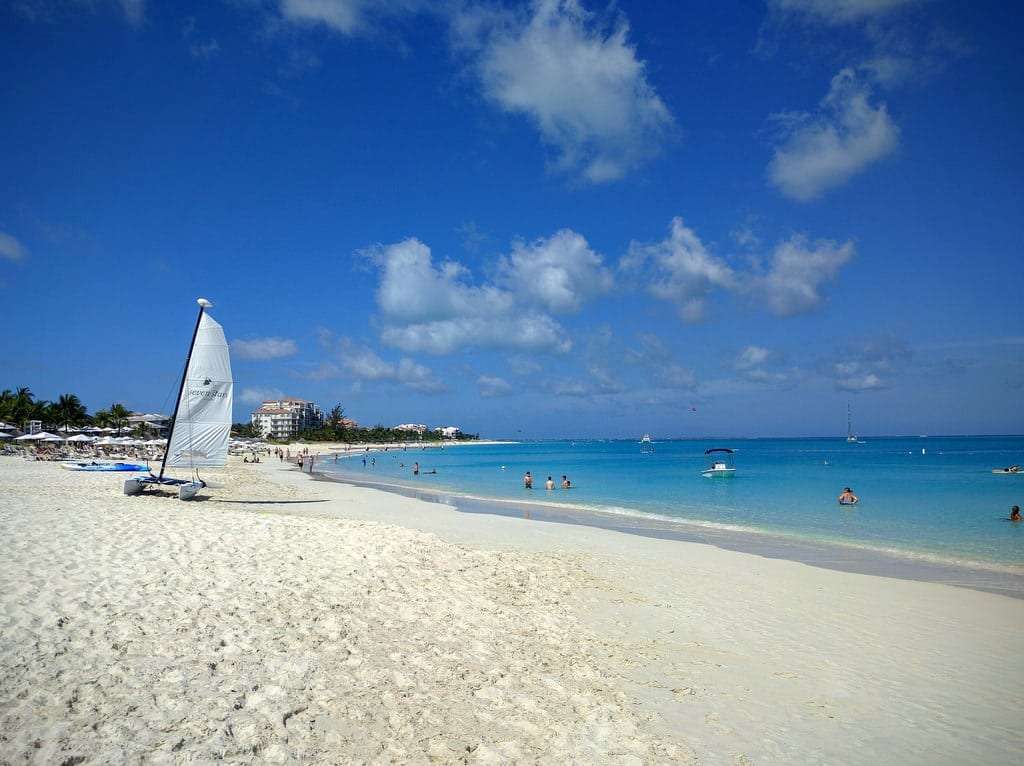 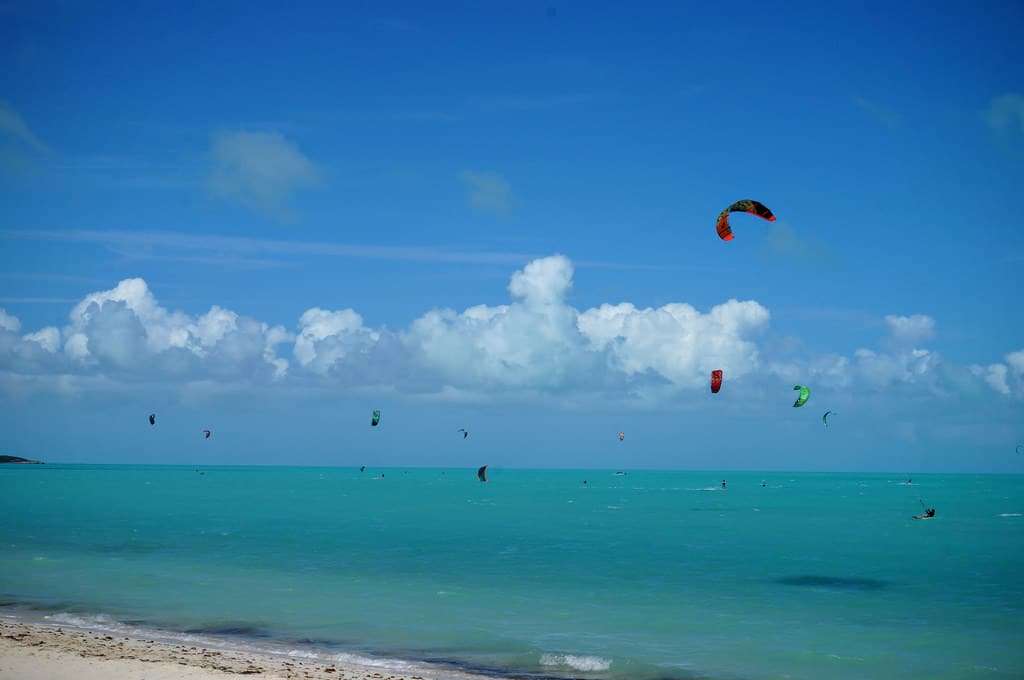 Directly opposite Grace Bay on the windward southern reaches of Providenciales Island, where the Atlantic trade winds billow in from the deep-blue ocean, the rollers of Long Bay Beach offer an altogether more adrenaline-pumping activity: kiteboarding.

With warm and crystal-clear waters, the bay here is perfect for first-time riders, who can rent all the necessary equipment from local providers and opt for lessons from well-trained professional instructors besides.

And for the more experienced kiteboarders heading to Turks and Caicos, there are bespoke adventure packages.

These mean sailing out to the deserted sea lagoons and secluded cays to try your hand on the more challenging swells.

No trip to the island of Providenciales could possibly be complete without spending a Thursday night sampling all the fresh and salty delights of the iconic T & C Fish Fry.

This local event that sees islanders mingling with travelers has been taking place on the sands of Bight Park close to Grace Bay for some time.

It’s an evening of culture and chats, of live samba and dance, of laid-back Carib tunes and market stalls selling shell bracelets.

Oh, and – of course – some of the best barbequed fish cuts you’ll ever taste! And when the sun goes down and the rum comes out, the resident Junkanoo Band takes over, serenading everyone into the early hours with their steel drums and singing. 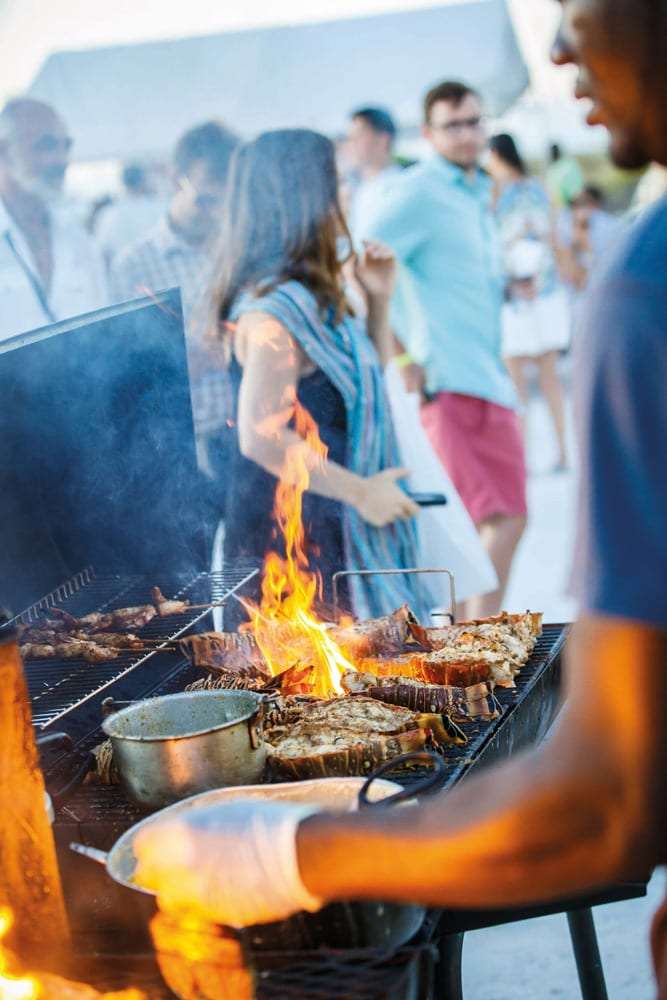 Rated for its high underwater visibility and easily accessed from the sands of Grace Bay or the jetties of Turtle Cove, Smith’s Reef is one of the top spots to strap on the snorkel and flippers and get in the water here.

Under the sea there’s a myriad of corals in all different colours, all blooming and protruding from the sand banks and the seabed in bursts of white and yellow and orange. Spotted sea slugs cling to the sponges too, while huge Eagle rays cast their shadow on the ground.

Visitors coming here should be wary of lionfish (loaded with poisonous spines on their back) and keep an eye out for boats speeding through (Smith’s Reef occupies a particularly busy section of the Provo coast!). 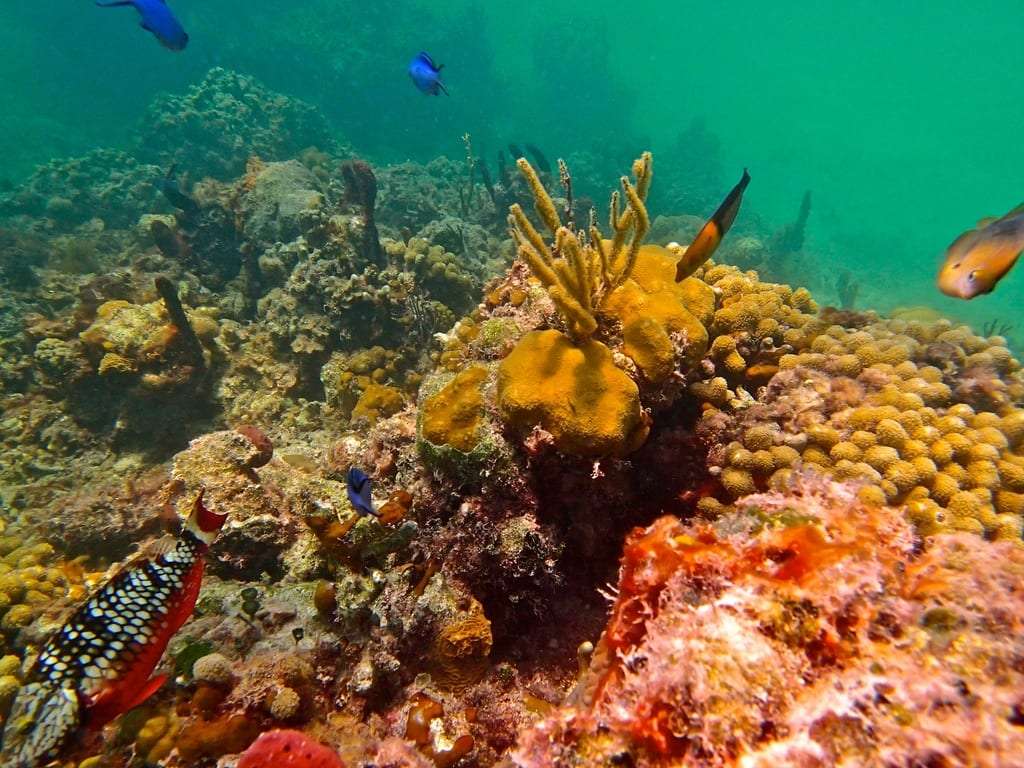 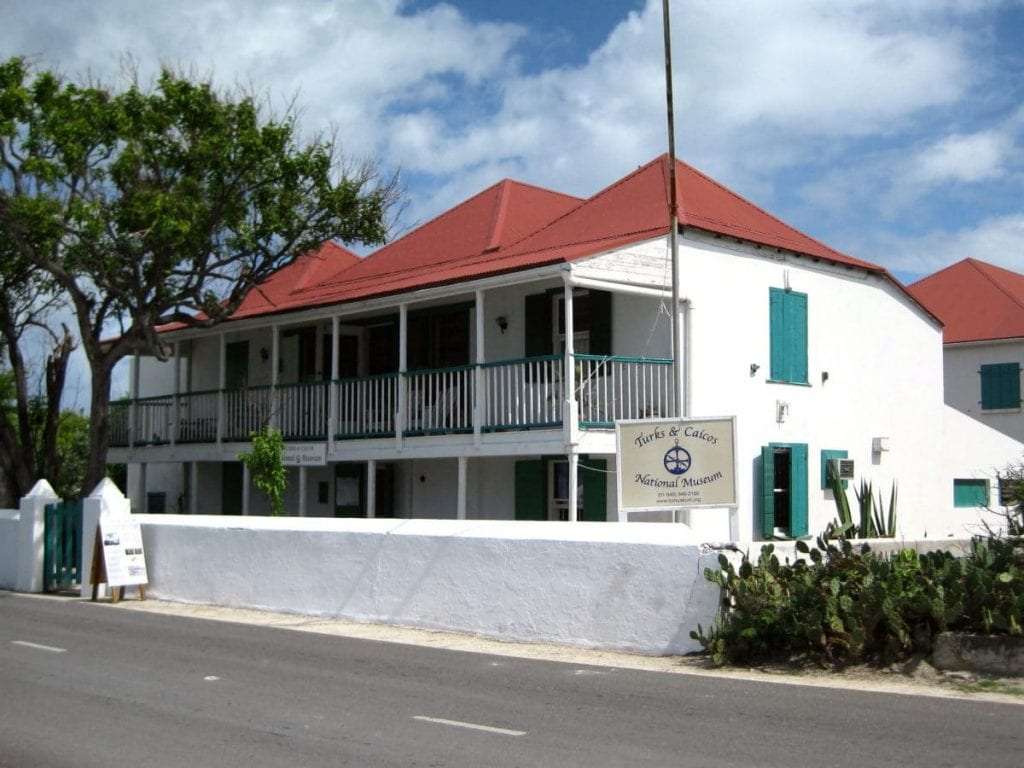 Hidden behind a charming colonial façade of whitewashed terraces and red-tiled roofs, the Turks & Caicos National Museum is one of the top heritage draws of the archipelago’s capital, Cockburn Town.

The building itself if known as Guinep House. (It’s named after the large tropical fruit tree that stands out front and is considered to have almost 200 years of history.) Inside and the collections begin in earnest, with the reconstructed archaeological remains of the iconic Molasses Reef Wreck – the oldest shipwreck in the entire Americas.

Thought to have been sunk around 1500, this ruined Spanish caravel offers a glimpse at the colonial powers that passed this way.

Other exhibits look at islander culture and the native Lucayan peoples who resided here before the arrival of the Europeans.

December to April is the high season and the coolest, driest time of year, with an average daily maximum temperature of around 28.5°C.

Turks and Caicos is reachable with many international carriers flying daily.

How to get around

The best way to get around Turks & Caicos is either by car or taxi. There is no public transportation on the islands, and as the attractions, restaurants and hotels are spread out, walking is not an option. You can rent a car at the Providenciales International Airport (PLS) on Provo.