International Cricket Tours is all about marrying two of life’s greatest pleasures – travel and cricket.

Established in 2011 our innovative, group escorted tours offer fantastic travel experiences whilst following cricket around the world with exclusive access to the best tickets, perfect for people who have unrivalled love for the sport.

Packed with special touches and little extras, our expert tour managers will show you the true character of each cricketing destination and take you above and beyond the norm.

Our well-established reputation for offering an excellent touring experience covers not only the professional men’s and women’s Test, T20 and ODI series tours but also training and development tours for clubs and schools.

Founder and Managing Director Sara Malin, has been on the world cricket tour scene since the early ‘80s and International Cricket Tours was set up as a sister brand to Prestige World, her luxury travel company, to offer high-end travel experiences for the kind of cricket fan who appreciates the personal touch. Expect well-chosen hotels, seamless travel and ticketing arrangements and guest appearances by a few famous faces from cricket teams past and present.

Importantly, International Cricket Tours also arrange exciting overseas playing tours for clubs and schools offering training and professional mentoring opportunities – all of which helps to develop the pipeline of future talent and cricket fans alike. Further demonstrating our dedication to the sport we have been official partner to the Lord’s Taverners, the UK’s leading youth cricket and disability sports charity, and we regularly support the Cricketer Village Cup Professional Cricketers Association and a Chance to Shine.

We’re a small team based in Chiswick, south-west London, but we have a wealth of excellent destination knowledge and our aim is to give you an unforgettable cricket holiday experience whatever the result on the field! Tour extensions are our speciality so if you see something you like and want to do it a little bit differently then please give us a call on 020 3824 8444.

Fully ATOL bonded, our expert staff organise every detail so you can book in complete confidence.

We offer hotels which enhance the experience of the destination. Central Hotels are used which are in prime locations, both close to the cricket stadium which also enable you to experience the town or city you are in. We offer a selection of hotels to suit everyone’s taste, weather that be modern, classic or boutique, we have it all. Most hotels have been visited prior to your stay, to ensure your holiday exceeds your expectations.

Where practical, we use scheduled flights from multiple airports depending on your starting location. We use trusted airlines which have a good reputation and service levels. Prices are based on specific routes, but other flight options may be available. Please do let us know if you are looking for an alternative route or times and we will endeavour to match your request (extra nights or transfers may need to be added). Connecting flights via London or other cities are available on many long-haul tours. We also offer Business and first-Class upgrades with benefits such as more leg room, a wider seat, separate check-in, fast track routes, airport chauffer services and airport lounges.

Why Book With Us?

This most important thing for us here at International Cricket Tours is that our tours are tailored to your needs down to every fine detail, considering your preferences with our experience over many years. Cricket matches are escorted by expert tour representatives who we consider to be at the heart of all our tours. Whether that’s our private functions that are organised on every tour, or the personable tour manager Gary that will be on hand. Gary will be providing real insights and information about your destination, whilst having a drink with clients after the games. We really value our clients and want to promote a family type feel to every tour we embark on.

We have 50 years’ travel industry experience, therefore our cricketing knowledge of our locations from the stadia to hotels is unrivalled. We invest in our tour representatives who have genuine first-hand knowledge of our tours and destinations, and who are there to offer you their expertise

Your opinion is important to us! We constantly review and evaluate our arrangements and act upon the feedback we receive from our valued customers.

We are inspired and have converted our passion for cricket and years of travel expertise to create the best possible experiences for our customers. 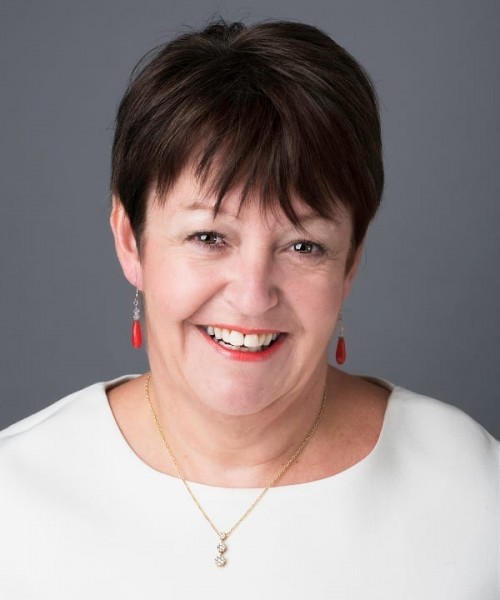 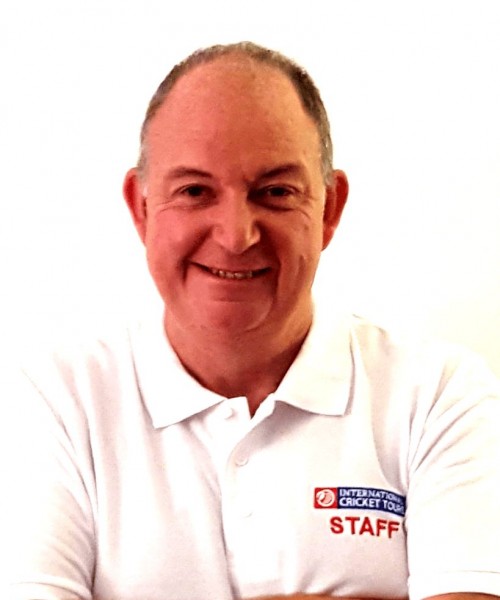 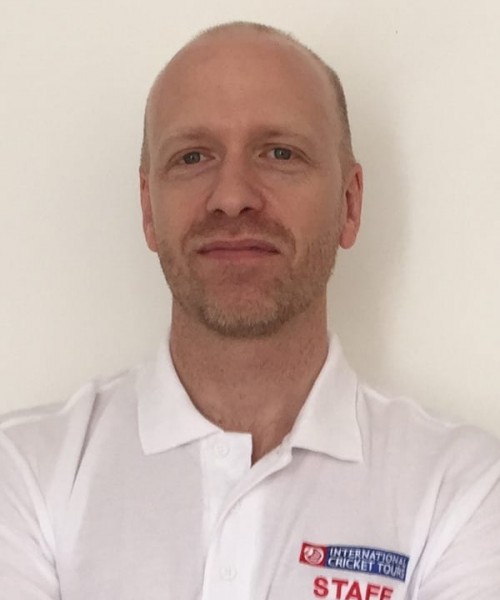 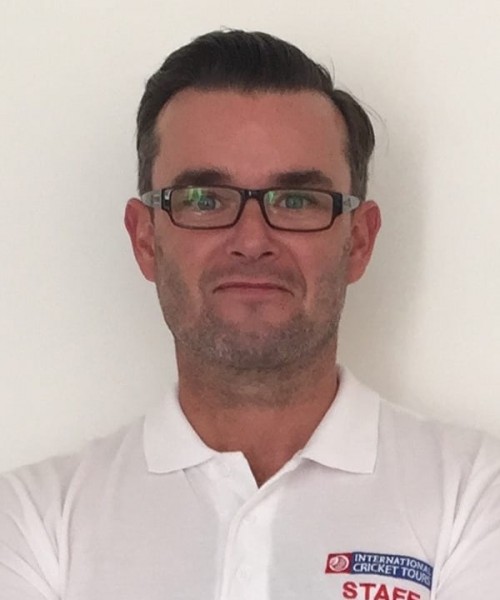 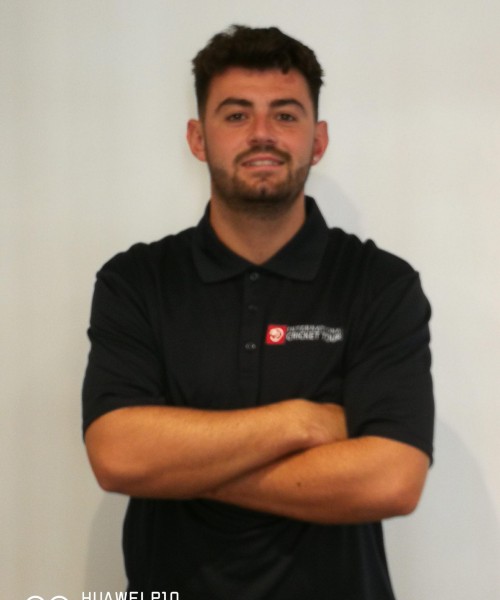 Back in the early ’80s my sister invited me to accompany her and a small party of cricketers to Barbados. I’d never been to the Caribbean before so I set aside some time to think about it… two seconds later I said ‘yes please’. Some months later I was enjoying winter sunshine in heavenly surroundings, mixing with famous cricketers, soaking up the West Indies cricket vibe and wondering how I could have more of this in my life.

Back in the UK I kept in touch with the cricketers I’d met and put the wheels in motion to leave the John Lewis Partnership and start my career in sports travel. Since then, cricket has taken me all over the world, I have personally visited all the destinations and practically all the resorts we work with and I pride myself on maintaining excellent grass-roots relationships that, of course, ultimately benefit the people who book with us.

At the heart of my passion then and today is seeing fans of the game experience the unique thrills of those big international cricketing occasions in some of the world’s most spectacular locations. So it was with great surprise and pride that I accepted the ‘Best Cricket Tour Company 2016’ award* on behalf of my company, International Cricket Tours. Yesss! Award-winning service and products is what we’re all about.

As a young boy I grew up supporting  Surrey watching the likes of John Edrich & Robin Jackman, over the Years Surrey had many great players and was lucky to regulary watch the likes of Sylvester Clarke , Waqar Younis, Alec Stewart & Graham Thorpe.

I always loved watching test cricket on TV and listening to the great John Arnott &  Brian Johnson giving the rundown on particular busses passing the Oval and vividly describing the cakes in the commentary box! This would come amidst  the description of   cover drive from Geoff Boycott.  Fast forward to 2002 when I decided to go to  Australia for the Ashes and  have not looked back since, I went back again in 2007.

In 2015 I met Sara. At the time I had no real concept of what she did. But very soon in our relationship I met Sir Gary Sobers, stood next to Ian Botham at a Taverners VIP do which Sara sponsored. and on a table for dinner with Robert Powell! Life has been a bit like that ever since. I have met so many great players from yesteryears and have become good friends with Chris Gayle. Later that year I went with Sara to Durban and Cape Town, and learnt the art of tour management!

After the tour of the Caribbean with the Ashes coming up fast, I was offered the role of tour manager and have since been involved in the selection of merchandise, write the blog, run the Whats App groups and regularly keep in touch with clients who have become good friends. I have now also toured India, Australia, New Zealand, Sri Lanka.

I look forward to meeting you on tour.

I have been lucky enough to be travelling on England overseas cricket tours for almost a decade. My first tour was, of course, to Australia and the 2006/7 Ashes Tour. A fantastic country to first experience the highs and lows (England lost 5-0) of an absorbing Test match series. I began working on cricket tours soon after with Sport Abroad on their West Indies tour of 2009. Since then I have been involved in some capacity on every major overseas England cricket tour. After 4 years with Sport Abroad I switched to another TUI brand, Thomson Sport, and became their Tour Co-ordinator for ‘Barmy Travel’. As the appointed ‘official’ partner with the Barmy Army, I was primarily responsible for creating, selling and operating their overseas touring programme until 2016 when I joined International Cricket Tours.

Cricket has been in Dominic’s blood since he was a boy, growing up with a cricket-mad Dad, he and his brothers used to watch him play at weekends and they all grew up with a love for cricket.

He was lucky to be accepted for a trial with Yorkshire at 17, even though it turned out he didn’t quite make the grade, he had his day at Headingley bowling at Metcalfe, Blakey and Moxon and sharing a ball with paceman Paul Jarvis, his Dad was watching too.

Dominic was one of the team Captains at Richmond Cricket Club during their record-breaking year in 2010 when the club claimed four league titles out of five as well as a promotion to the Middlesex Premier Division.

My appointment as Sales Intern has brought both my passion for business and sport together which runs in line with my university course. A love of sport has been with me my whole life and having played football at academy level until I was 19 I have been able to experience being in an elite sports environment. Since then I have undertaken a Football Business and Marketing degree at UCFB in Wembley which has now enabled me to have been selected for this fantastic opportunity here at ICT. I have been fortunate enough to have travelled to many destinations around the world and having most of my family living in New Zealand, I feel I can offer deeper insight into what these destinations offer and help our clients have the best experience possible.
This ICC Cricket World Cup summer was gripping and I was glued to my TV set watching many of the games. I am delighted to say that I will be following cricket with a much deeper level of interest in the coming years and look forward to being a part of the International Cricket Tours family and all the new experiences and challenges it provides.

Want to be the next intern?

Send us your CV and we'll be in touch!