Bangalore proves that big really can be beautiful.

Having evolved gradually from being the Garden city to the Silicon Valley of India, Bengaluru is India’s third-largest city. Bengaluru is loved for its pleasant weather, beautiful parks and lakes all around the town. When in Bengaluru, one can choose to take a long, stroll through the greenery of Cubbon Park, shop in many modern malls or street side markets or hop into one of the several acclaimed craft breweries in the city for a cold and refreshing drink. Bangalore is known for its eateries, street food corners, quirky cafes, coffee roasters and pubs dotting every corner of the city, serving cuisines international cuisine. Brunches, buffets, burgers, rooftop cafes, late night eats – Bangalore has it all.

As with many Indian cities Bangalore was ruled successively by the Marathas, Mughals and then the British. The result is an eclectic mix of architecture while in recent times it has become a popular business and travel destination. Its wide streets, leafy parks and temperate climate, have turned it in to the ‘Garden City’ while thriving industries have brought it Silicon Valley status. And on top of all that it also claims to be Indian’s rock metal capital!

Befitting a city of its size Bangalore offers a healthy range of activities and attractions. You can escape the throngs and meander through the glasshouses and lush woods of Lal Bhagh and Cubbon Parks. Pay homage to centuries of spiritual worship at the awe-inspiring Nageshwara Temple. Bet on a great day out at one of India’s oldest racecourses, the Bangalore Turf Club. Or simply down a craft beer in one of Bangalore’s many pubs and bars. 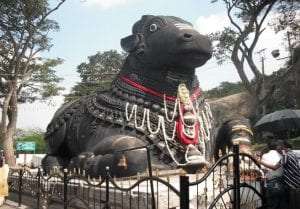 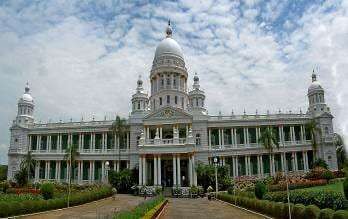 Mysore officially renamed as Mysuru, is the third most populous city in the state of Karnataka, India. Mysore served as the capital city of Kingdom of Mysore for nearly six centuries, from 1399 until 1947. The Kingdom was ruled by the Wodeyar dynasty, except for a brief period in the late 18th century when Hyder Ali and Tipu Sultan were in power. Patrons of art and culture, the Wodeyars contributed significantly to the cultural growth of the city. The cultural ambience and achievements of Mysore earned it the sobriquet Cultural capital of Karnataka.

Mysore Excursion – Visit the Mysore Palace – a splendid structure in the Indo-Saracenic Style, The Maharaja’s Palace is a beautiful three storied stone building of fine gray granite and rich pink marble domes. Visit the Chamundi hill for the aerial view of the city and Nandi Bull. Enroute visit Srirangapatnam – famous as the Tipu Sultan’s former capital, Srirangapatnam is a picturesque island in the Cauvery River. 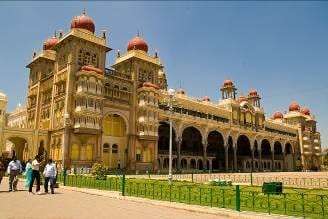 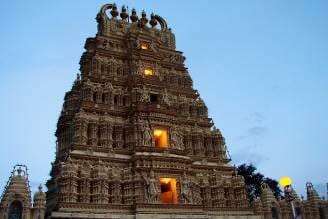 An invitation to the Palace

The spectacular Bangalore Palace is as grand as it is astonishing. This majestic mixture of Tudor and Scottish Gothic architecture was built in 1873 for the local Wadiyar King. His vision was to build a monumental residence on the scale and in the style of Windsor Castle. Since opening to the public in 2005 the Palace has been a massive draw with at its centre a magnificent gallery housing historic prints and paintings. Explore the Palace’s rooms and grounds and you’ll discover a lost world of hunting and horse-riding, from trophies of tiger and elephant shoots to a special weighing chair for the King’s jockeys.

Close to Bangalore you’ll find mountains boasting breath taking views and a city of wonder. Trekking is a top option for a day out from Bangalore with the beautiful Nandi Hills, Ramanagaram and Savandurga high on most lists. However, for a man-made marvel make tracks for Mysore, a glittering example of eye-catching Tipu Sultan architecture and the relics of the Raj.

Passports must be valid for 6 months beyond your stay.
You need a Visa to visit India (HCI London).

Bangalore’s M. Chinnaswamy Stadium is often seen as a ground breaking venue in Indian cricket. It was the first stadium to install solar panels to[...]