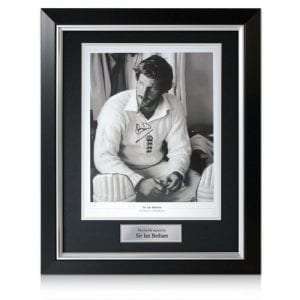 In 1981 at odds of 500/1 Botham picked England off the floor with his sensational batting, in a moment that he said changed his life!
The famous photo of Botham smoking a Cigar on the balcony of the Pavillion with his pads on is synonymous with all great photos around most grounds and cricket fans homes in the Uk. On that occasion, Botham batted with Graham Dilley for the last wicket.
Ben Stokes batted the last hour with Jack Leach for his one run. It’s by far the most important innings of his life and easily surpasses his 92 at Lords against Ireland, for obvious reasons.

After England’s lowest test score since 1948 in the first innings, Archer ripped out the Aussie openers and tail-enders. Australia was all out for 179. England went into bat thinking of at least a 100 lead! How wrong could we be? Once again a batting collapse when we seemed so in control and bowled out for just 67.

Just like Edgbaston, things were beginning to go so horribly wrong!
Australia batted like defeat was out the question and lost regular wickets on the way. I for one thought 300 would be enough! But I didn’t foresee an innings of such brilliance from Stokes! He has had a real Purple summer! Great innings against Sri Lanka, India & New Zealand in the World Cup and a magnificent 135 against Australia to go with the 115 at Lords!

I felt in the winter that his place was up for grabs with a few others, the problem is the way the calendar was this year, some players are still in One Day mode!

As I said in my last blog, playing yourself into form is a better fix then meetings! Once again Butler and Roy failed with the bat! I would give the gloves to Butler and open with Bairstow, drop Roy down the order?

So much has been written about Stokes in the last few years, starting with the events of Bristol. But he has truly shown his brilliance, and never say die attitude to win the country over. He has had every one of us on the edge of our seat more than once this summer!

We now go to Old Trafford next week, in need of one victory and a draw to win the Ashes! Archer might have changed the dynamics after Lords but we will need more than Stokes & Archer to see us over the line! Mind you we do have Jimmy back as well.

Last evening I was at the Oval to see Surrey comfortably beat Somerset, to please all my friends in the West Country!

I will be in Manchester on the evening of 4th & 5th I would like to catch up with some of you for a beer or dinner, just don’t order me any cake I’m trying to lose weight before the next tour!

Still places available for South Africa if you want to see ben Stokes do it again! His highest ever score was in the last test at Newlands. If you are interested in New Zealand, please be quick, this will close very soon!