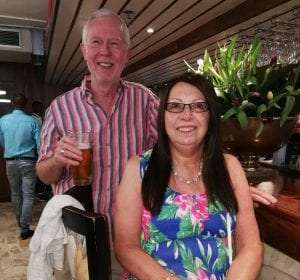 I had always planned on watching more cricket when I retired from work. What better way of spending the day, the sound of leather on willow, gentle applause rippling around a largely empty ground, the packed lunch box for those all important sandwiches? Or may be I could go up a step and tread the hallowed grounds of Lords, The Oval, and elsewhere, to watch the national team, England.

The England cricket bug is a curious phenomenon. Having been weaned on an early diet of county cricket – I well remember spending seven consecutive days at Ilford watching Essex the Summer I left school – my first “live” experience was at The Oval, for the Ashes test in 1972 (yes I am that old!). I think we lost the match but had a 2-1 lead and retained the Ashes.

After that, trips to watch England were fairly sporadic. Mainly due to time, difficult to fit in a 5 day test with a demanding job! Also, reaching grounds outside London was difficult, so I only ever managed to watch matches at either Lords or The Oval. So the approach to retirement was the ideal opportunity to re-engage with cricket, both at a local level – via Essex membership – and with England. Especially the prospect of travelling overseas to follow them (I don’t count the Isle of Wight as overseas!).

For starters, a trip to the Caribbean to watch the ODI series was a good one. And then another ODI trip, this one to an often very wet Sri Lanka (cricket in the monsoon season, now there’s a good idea!). So when the chance came of having a New Year Cape Town test as the main course, it was too tempting to refuse.

We had been to Cape Town once before, but many years ago (yes I am still that old!). So our trip was looked forward to with much anticipation. Which, I am glad to say, was totally met with the match we were privileged to watch.

We had great seats, in the Members area, though with a strict dress code, regulation length for shorts and skirts (I made that up, though there was a code in place, as one of our bare sandalled foot group found out). We could also see right into the England team dressing room (well, not all of it, some parts we had to imagine!).

After 3 days of the match swinging too and fro, and some amazing weather, we were privileged to watch Ben Stokes at his best. Controlled aggression is a great way of describing Our Ben, and he didn’t disappoint. However, at the end of day 4, a draw looked the likeliest outcome. 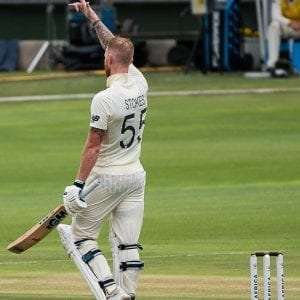 And so onto day 5. By then, the crowd had “shrunk”, well all the England fans were still there, probably making up 80 to 90% of the crowd. Even at tea, a draw still looked the most likely outcome. But cometh the hour, cometh the man. Cue Our Ben, bowling non stop from the pavilion end, and getting the last 3 wickets, the final one falling with only 8 overs play left.

Mass celebrations all around the England fans, some very nice “Well dones” from the few locals there, high fives, and a sense of achievement.

A long way to come to watch a cricket match, but another reminder why five day Test cricket is by far the best form of the game. A very long way to come from my beginnings at the likes of Ilford, Harlow, Leyton, Colchester, Westcliff and of course Chelmsford. But as one journey ends, another begins. Where next?